You can get a comprehensive rundown of income tax slabs under both regimes in the following sections.

Income Tax Slab: What Is it?

Income tax in India is levied through a slab system. The system refers to different tax rates that are meant for individuals earning different ranges of income. The income tax rate goes up as your annual income increases.

This kind of taxation system is subject to change every year. The tax slab rates are different for these age groups:

Also Read: Get Tax Reductions For Medical And Health Insurance Under Section 80D

The New Regime gives taxpayers the option to choose from the following:

Deductions allowed under the New Tax Regime are listed below:

The new income tax slab provides a singular income tax structure across all categories, such as HUF, individuals below 60, senior citizens and super senior citizens. However, the new tax regime is optional, and you have the right to choose between the old and the new one.

Current income tax slabs as per the new tax regime is as follows:

An additional 4% cess is levied on the income tax amount for all individuals. Also, if you have a total taxable income of up to Rs. 5 lakh, you can seek a rebate under Section 87A. This means your tax liability will be zero under both new and old tax regimes.

Income tax rates under the old regime vary based on the age groups to which individual taxpayers belong. Let’s check the rates for each age group in the following sections:

Individuals below the age of 60 years

Individuals between 60 and 80 years

Similar to the new tax regime, there is a 4% cess on the taxable amount across all age groups.

To let you have a clear understanding of the tax rates under the new and old slabs, let’s take a look at this example:

However, with the new tax regime, he cannot seek any exemption. Suppose the amount of home loan interest paid by him for FY20-21 is Rs. 75,000.

Let’s check the income tax payable under both regimes:

Eligible deductions will differ from person to person, applying a standard rule for all will be ruled out. Taxpayers will need to evaluate and compare the tax liability under both regimes and then decide on which to opt for.

Tax-payers who have a taxable income of INR 15 Lakh can overall take a good benefit by opting for the new tax regime. Payers who make low investments can also benefit from this regime. If the payer opts for concessional tax rates, the payer would have to evaluate both the regimes and choose the most beneficial one. Hence a comparative analysis and evaluation is advisable before opting for a regime.

Let’s check how two salaried taxpayers have the same gross income but are eligible for different tax deductions/exemptions with no other source of income.

Based on the above table, let us find out which tax regime benefits both taxpayer A and B :

In this case, the old regime proves beneficial for Tax Payer A since he pays less tax as compared to the new regime.

In this case, where HRA and LTA are not deducted and not applicable, the new tax regime proves beneficial for Tax Payer B.

Income tax surcharge is the additional tax liability that a payer pays based on the income above the mentioned limit during the mentioned financial year.

The rates differ for each payer based on their income.

Let’s look at the surcharge rates for various taxpayers as per their net income:

Previously women had to pay slightly lower income tax than men. However, the income tax rates for men and women have become the same since FY 2012 -13. There are no specific exemptions for women taxpayers anymore.

You can choose to pay your income tax by option for any of the two regimes. However, it is best to evaluate the advantages and downsides of each of the tax regimes to find out which one would be most suitable for you.

Q1. What is the income tax slab for domestic companies?

Ans: No, you do not need to file income tax returns if your annual income is below Rs. 2.5 lakh. However, you might want to file ‘Nil Return’ just to keep a record of your income. You can produce them as proof of income.

Q3: How is income tax collected by the government?

Ans: The Government collects income tax in the following ways:
Voluntary tax payment by individuals into designated banks
TDS (Tax Deducted at Source) deducted from the income of the taxpayer
Tax collected at source (TCS)

Q4: How can I calculate the surcharge on income tax?

Q5: Is it mandatory to file IT returns?

Ans: As per provisions of the Income Tax Act, 1961 of the country, taxpayers with an annual income lesser than Rs. 2.5 lakh are not required to pay income tax. However, if it is more than that amount, you need to file IT returns each year. If you avoid filing income tax returns, you might face various issues during loan application, visa application or property registration. Moreover, a fine of up to Rs. 10,000 would be levied on individuals if they file their ITRs after the due date. 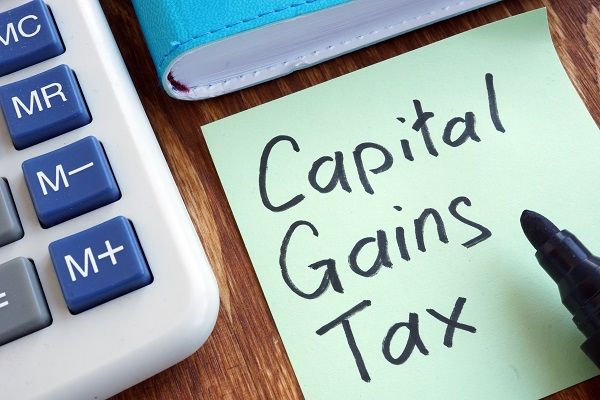 Know all about Section 50 of the Income Tax Act

Know Details About Section 50 of The Income Tax Act