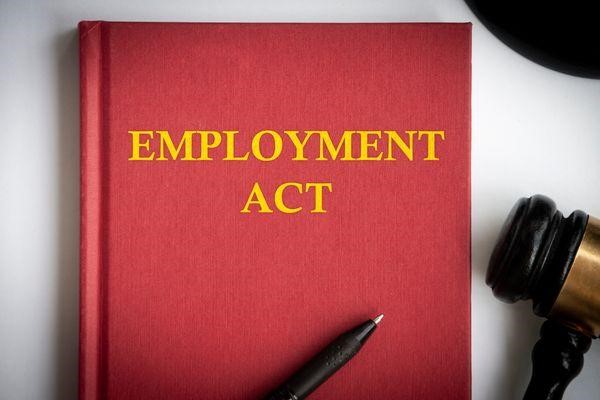 The sole purpose of the MGNREGA scheme is to provide employment opportunities to the unemployed and underprivileged sections of society to help alleviate poverty. It is an Indian labour law that guarantees the “right to work” for the unemployed and those needing employment.

Among various schemes launched by the Government of India, one prominent scheme is the MNREGA or the Mahatma Gandhi National Rural Employment Guarantee Act. It aims to enhance livelihood security in rural areas by providing at least 100 days of wage employment in a financial year.

This article deals with the MGNREGA scheme’s history, objectives, and benefits.

The Mahatma Gandhi National Rural Employment Guarantee Act or MNREGA is an Indian job guarantee scheme enacted by legislation on September 7, 2005. The Act provides a legal guarantee for a minimum of one hundred days of employment every year to adults or the working members of any rural household willing to work at the minimum wage of Rs 289 per day.

The Government has merged the old schemes like Jawahar Rojgar Yojana Employment assurance scheme and the Sampoorna Grameen Rozgar Yojana etc., to introduce a new scheme such as MGNREGA; consideration is that one-third of the unskilled workers should be women.

MGNREGA scheme ensures livelihood security in rural areas, which allows any adult member to do unskilled work to earn a living. It is a step towards realising the right to work by targeting underprivileged groups.

To increase the employability of rural areas and bridge the gap between the upper and lower class, the Government of India introduced the scheme in 1991. The step was initiated by then Prime Minister P.V. Narasimha Rao to boost employment in the country with the significant goals of:

Also Read: What is Microfinance: Meaning, Types, Importance And How Does it Work

There are numerous benefits the MGNREGA scheme lends, especially to rural households. All the rules and regulations are designed specifically for the underprivileged. Some essential benefits that are given to their workers are:

What is the Role of Gram Sabha and Gram Panchayat in MGNREGA?

Several authorities take the responsibility of MNREGA to make the scheme smooth sailing. Out of various authorities, two of the critical stakeholders are Gram Sabha and Gram Panchayat. However, their fundamental role is to make the required registration of volunteers and issue them a MGNREGA job card; the activities of the two bodies differ in many aspects.

What is the Role of State Governments in MGNREGA?

Apart from Gram Sabha and Gram Panchayat, the state government also actively controls the MGNREGA. Here are a few key responsibilities of the State Government:

The workers who work under the MGNREGA scheme are entitled to numerous allowances. These allowances are designed for the underprivileged to help them live dignified lives. Some of the benefits eligible individuals are entitled to include:

How to Apply for the MGNREGA Job Card?

This Job Card acts as an ID for the workers that typically includes names and photographs of all the household members eligible and interested in working under MGNREGA. The job card is issued within 15 days of application. It is a crucial document for workers because, without a job card, they are not eligible to work.

Here is how an eligible individual can apply for a NREGA job card:

Step 1: The registration application is made under the local gram panchayat. Three registration modes are available- a prescribed form, plain paper, or oral.

Step 2: The prescribed forms are available at every Gram Panchayat without a cost. The individual has to fill the form or get it filled (orally) and submit it to the Gram Panchayat. Step 3: The Gram Panchayat then verifies the form. It is usually done on the basis of members of the household and local domicile.

Coverage Under the MGNREGA

In 2008, the MGNREGA yojna extended its services to more districts and states, covering 34 states, UTs, and 614 districts. The scheme now spans over 648 districts, 6,849 blocks, and 2.5+ lakh Gram Panchayats in 2015-16. The scheme is implemented in all the rural areas across the country.

As 2020 reports, around 227,233 households out of 47.8 million households in India were employed under the scheme and have also completed the mandatory 100 days of employment. The scheme applies to all working adults, men or women, irrespective of their age. A rural household is the only condition that implies to the interested candidates.

The Mahatma Gandhi National Rural Employment Guarantee Act or the MGNREGA yojna is a Government scheme that targets the underprivileged sector, specifically those without any earnings. This scheme is meant for adults in the family, both men and women, with all the basic on-site necessities.

The act is an essential step toward the rural region’s economy, employment, and infrastructure. It is also expected to enhance people’s livelihood on a sustained basis. Various stakeholders such as the Gram Sabha, Gram Panchayat, PO, the state, and the central government are involved in the legislation and regulation of the scheme. It has also set a minimum wage daily so every worker can get some amount from the scheme.

Q1. When was the MGNREGA launched?

Ans: The scheme was launched in 1991 by former PM PV Narasimha Rao. However, the Act was passed and made into a labour law on August 23, 2005 under the UPA Government led by former Prime Minister Dr. Manmohan Singh.

Q2. What is the difference between NREGA and MNREGA?

Q3. What are the three main features of MNREGA?

Ans: MGNREGA’s three primary features are:
Minimum 100 days of employment to rural households
Right to work for underprivileged
One-third of the scheme is reserved for women

Q4. Is MGNREGA restricted to particular states or districts?

Ans: It is applicable to all the rural districts of our country. Initially, it was implemented on 200 districts in February 2006. Later on, it got extended to 130 additional districts. Currently, the act is under implementation in 644 districts all over the country.

Q5. How many people have benefitted from the MGNREGA scheme?

Ans: It has been 14 years since the implementation of this scheme. As of 2018-19, 11.78 crores of active workers have been recorded, 4.19 crore assets generated, and 5.26 crores of households have benefitted from the scheme. 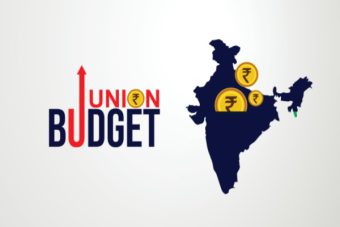 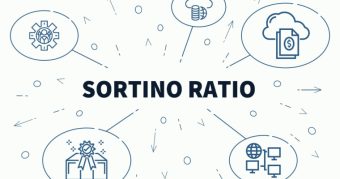 What is Sortino Ratio – Formula and Calculations with Examples

Sortino ratio is a statistical tool that helps measure an investment’s performance during a downw... Read More » 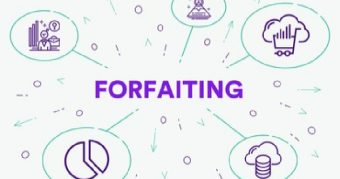 What is Forfaiting – Benefits and Process with Steps

Forfaiting is a financial process involving the management of finance exports. It aids businesses b... Read More » 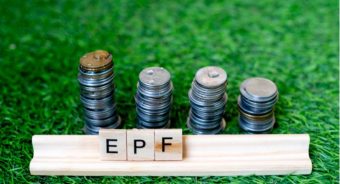 Employee Provident Fund or EPF has been popular among salaried individuals for a long time now. It ... Read More » 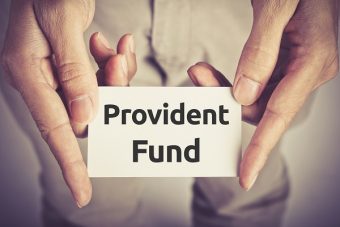 How to Open, Transfer or Close a PPF Account: Eligibility and Documents 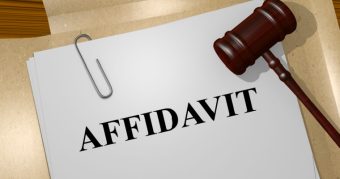 What is an Affidavit – Features, Types, Format and Sample

An affidavit is a sworn written statement, made especially under affirmation or oath befo... Read More » 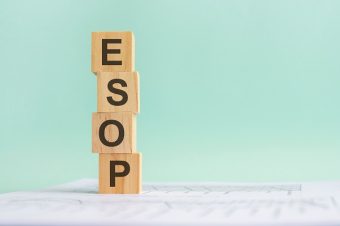 Most Indian companies, especially startups, offer a plethora of employee benefit plans in a bid to ... Read More » 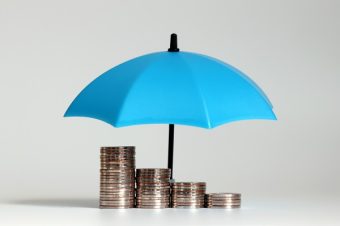 Sukanya Samriddhi Yojana: Bank Interest Rates and How to Open One? 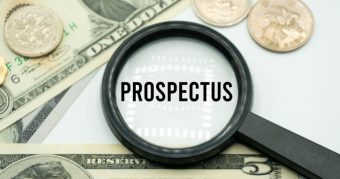 What is a Prospectus – Working, Types and Use in Mutual Funds

A prospectus is a legal document disclosing information regarding a public company seeking to raise... Read More » 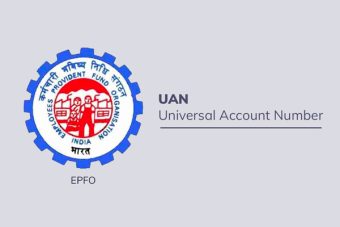 A Step-by-Step Guide to UAN Generation and Activation Process 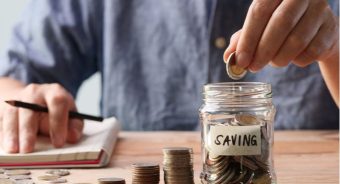 EPF Vs PPF – Difference, Taxation and Where to Invest 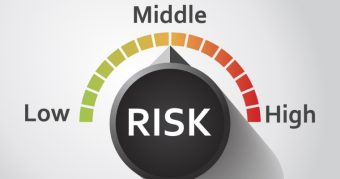 What is Systematic Risk and How can an Investor Control?

Systematic risk refers to the inherent uncertainty that is present in all investments and is not sp... Read More »
Trending Blogs 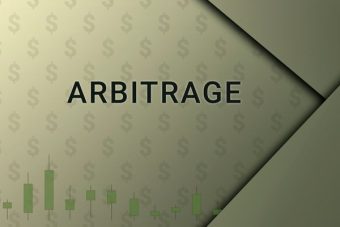 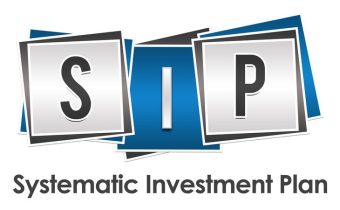 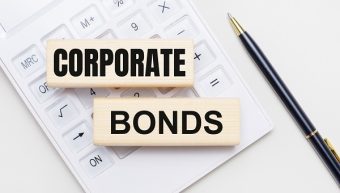 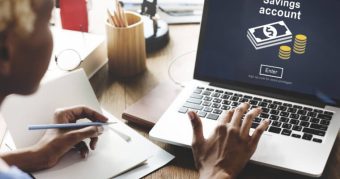