To promote investments in various schemes, the government of India offers numerous tax benefits that can significantly bring down an individual’s tax burden. However, a consistent inflow of tax is necessary to generate government revenue for funding development projects and improving public services.

What Is AMT, and Why Was It Implemented?

Alternative Minimum Tax is an alternative to the regular tax liability. It does work on the same principle as MAT, but it is unique in terms of applicability, exemptions, rules, deductions, and calculations.

The government introduced AMT in order to find a balance between offering tax deductions/exemptions and collecting minimal taxes. The aim is to promote and incentivise investments while making sure that entities do not overuse the tax benefits to the extent that they do not pay tax at all.

For non-corporate taxpayers, the rate of AMT is 18.5% of adjusted total income (plus surcharge and cess). However, for non-corporate assessees who have a unit located in an International Financial Services Centre and earn income through conversion of foreign exchange, AMT is 9%.

However, these taxpayers have to pay AMT only when they claim the following deductions:

The following categories of taxpayers do not have to follow AMT provisions if their ​​adjusted total income is less than Rs. 20 lakh.

Thus, based on the threshold of adjusted income, AMT does not apply to Limited liability Partnerships and other non-corporate taxpayers.

To calculate the AMT liability, one needs to consider the standard income tax regime. After this, one has to include deductions claimed under the sections mentioned above to their standard tax liability. For deduction under Section 35AD, one should deduct the depreciation as per provisions under Section 32.

AMT at the rate of 18.05% (plus surcharge and cess) applies to the adjusted total income after adding these deductions.

According to Section 115JC of the Income Tax Act, a taxpayer who falls under the applicability of AMT has to furnish a report from a Chartered Accountant to verify their calculations. To do so, one needs to fill out Form 29C.

Then, a Chartered Accountant verifies whether tax computation (adjusted income and AMT) has taken place as per the IT Act guidelines. Once verification is done, taxpayers have to file Form 29C on or before the ITR filing due date. Taxpayers can do this along with their income tax returns via the e-filing portal.

First: Contains a declaration from a CA stating that he/she verified the computation and documents provided by the taxpayer.

Second: Contains a certificate of verification and shows the calculations.

Third: Declaration stating that the information provided in these documents is correct.

The tax liability will be higher of the two whenever AMT is applicable under Section 115JC of the Income Tax Act:

What is AMT Credit?

The major aim of the Alternative Minimum tax was to ensure that companies availing benefits and deductions do not pay zero tax or marginal tax, as this affects the national treasury. In an FY, when applicable rates are lower than AMT, taxpayers are liable to pay minimum tax. However, in subsequent years when AMT is lower than normal taxes, one can use excess AMT paid earlier in the form of AMT credit. This credit helps to reduce tax liability according to normal rates, and it is given as the difference between the normal tax rate and AMT.

Taxpayers can use AMT credits for up to 15 succeeding financial years from the FY in which AMT was paid. However, this credit amount will lapse at the end of 15 years, and one does not receive any interest on them.

AMT credit is explained with the following example:

For the development and upliftment of the country, tax collection is a vital process. Only through the revenue generated from tax imposition can the government offer improvement in public services. This highlights the importance of Alternative Minimum Tax.

If you are liable to incur AMT, understanding how to calculate your tax liability and paying the correct amount on time can save you from many monetary and legal penalties.

Ans: Alternative Minimum Tax applies to adjusted income in a financial year when the standard tax rate is lower than AMT. However, if in a subsequent year, the rate of AMT becomes lower, the taxpayer can carry forward the AMT amount and reduce it against normal tax. If there is any balance after this calculation, one can carry it forward for up to 15 financial years. So, this concept is commonly referred to as AMT credit.

Q2. What is the difference between Alternative Minimum Tax and Minimum Alternate Tax?

Ans: The government introduced a Minimum Alternate Tax for only corporate taxpayers. It allows them to collect taxes from zero tax companies. Meanwhile, Alternative Minimum Tax is an extension of MAT, and it applies to non-corporate taxpayers. These two serve the same purpose but follow different rules, calculations, deductions, etc.

Q3. What is the meaning of Body of Individuals?

Ans: When two or more individuals come together to form an entity and earn an income together, they form a Body of Individuals (BOI). The entity should only comprise individuals who have a common intention behind forming a BOI.

Q5. What is the meaning of surcharge and cess?

Ans: Surcharge and cess are the types of taxes that serve different purposes. The government collects cess to meet specific needs of the public, like education or health, and it applies to ​​the total tax and surcharge amount. Surcharge applies to the tax liability of high-income taxpayers. 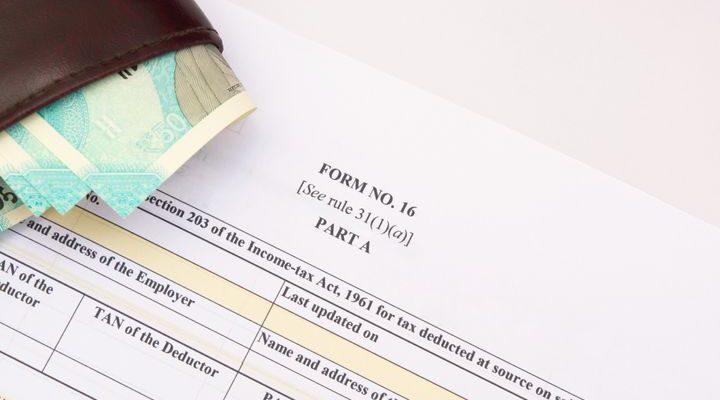 Form 16 is an essential document a salaried individual will need while filing IT returns.

How to File Form 16: Everything You Need to Know About Form 16

Know about high-value transactions that can invite income tax notice

Know everything about Section 32AD of ITA 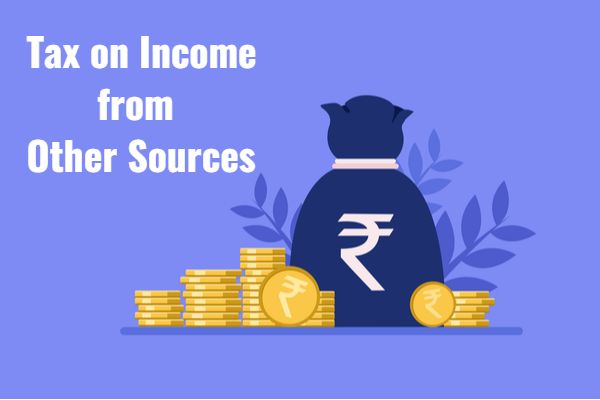 5 Other Sources of Income You Must Pay Tax On: How To File ITR, Deductions And Exemptions