The Government of India launched the concept of Aadhaar  with the aim to offer extensive details of an Indian resident under a unique identification number. Ravi, a citizen of India, is highly satisfied with Aadhaar but keeps various other identity documents such as ration card, driving licence, passport and PAN.

His Aadhaar card is not a replacement for these documents, but he uses it as his sole address and identity proof. It serves as a KYC document for him and is recognised by telecom companies, financial firms and government organisations. Every now and then, he is getting new Aadhaar updates.

Just like Ravi, you must be interested to know the latest Aadhaar-related news! No need to worry; scroll through to get updates!

The usage of Aadhaar is increasing each day. To keep up with the flow, go through the latest updates below!

UIDAI introduces a more protected form of Aadhaar card, known as PVC card. This card is the same as your regular Aadhaar card. The only difference is that it is durable and easier to carry. It keeps the demographic and photograph details in a secure QR code (digitally signed). You can order it online through the official website of the Unique Identification Authority of India (UIDAI).

Applicants will have to pay a fee of Rs. 50, after which they will receive the card via speed post. You can order PVC cards for your entire family by using any mobile number, regardless of the Aadhaar registered mobile number.

UIDAI has introduced a new Aadhaar enrolment centre in Varanasi. Here’s the address:

This Aadhaar Seva Kendra is open from 9:30 am – 5:30 pm all days of a week (other than public holidays). UIDAI has set up these centres to provide one-stop Aadhaar registration and update services to Indian citizens.

Kiren Rijiju (Law Minister) introduced the Election Laws (Amendment) Bill, 2021. It aims to link Aadhaar number with electoral rolls, permitting electoral registration executives to ask for an applicant’s Aadhaar number when he/she enrols as a voter to establish identity. The purpose is to eliminate electoral fraud and thereby cleanse the electoral procedure in India.

Smartphones will act as universal authenticator for identification

According to Saurabh Garg (CEO of UIDAI), this method will be more convenient for the population since authentication can be carried out from where they are staying or living. Out of 120 crore mobile connections, 80 crores are smartphones in India. These can be used to facilitate the authentication process.

UIDAI wants to offer anytime authentication facilities to the Indian residents, bringing in an offline authentication process for those who cannot opt for the online verification facility. Aadhaar is considered a public infrastructure, and anyone can access it for free or at nominal rates. Currently, Aadhaar infrastructure is being used in over seven hundred welfare schemes.

Aadhaar authentication will continue to remain free for resident individuals. Moreover, UIDAI has reduced the e-KYC transaction price from Rs. 20 to Rs. 3 for requesting entities.

During the Aadhaar 2.0 conference, Anil K Jain, professor at Michigan State University, suggested that even minors aged 3 years need a unique identity. This will help to track the expenditure of welfare schemes and vaccination records. According to the panel, fingerprints become almost stable after a child turns 3.

UIDAI already registers biometrics of 5-year-old children, which must be updated once he/she turns 15.

UIDAI’s Aadhaar Hackathon was held from October 28 2021 to October 31 2021. The authority invited Indian residents to participate in this digital journey and promoted open source technology and innovation.

The event focused on two major themes─ authentication and enrollment, under which it addressed crucial problem statements. A participating team chose any one of the themes and solved a problem statement. The solution was showcased via the working code that the problem statement required.

The following were the rewards for each theme:

Candidates of the winning team have the option of working with the Aadhaar team to build an authentication platform and next-generation identity under the initiative of Aadhaar 2.0. Additionally, they can take part in the global conference on Aadhaar 2.0.

The Aadhaar program offers universal identity to resident individuals, and it mitigates corruption with the allotment of a unique number to each individual. The card alone is sufficient to act as date of birth/address/identity proof. It will become more prominent in the coming years because of its inclusion in more government benefits and schemes.

Q1. Which documents are required for Baal Aadhaar enrolment?

Ans: While registering your child for a Baal Aadhaar card, you will require the hospital’s discharge slip or the birth certificate of your child. A parent’s Aadhaar card is also a vital document. That said, you can also use your passport, PAN card, voter ID, ration card, or driving licence as proof of identity.

Q2. Is Baal Aadhaar card valid for a 15-year-old child?

Ans: No, a 15-year-old child is not eligible for a Baal Aadhaar card (blue in colour). It is only valid for kids below five years of age. After a kid turns 5, he/she will have to provide biometrics in the UIDAI database.

Q3. Can a person receive two Aadhaar cards at the same time?

Ans: No, a person cannot receive two Aadhaar cards at the same time. However, he/she can possess a virtual and a physical card at the same time, with the information being the same. The card will stay valid for a lifetime.

Q4. How to alter email ID or mobile number linked with an Aadhaar card?

Ans: If you wish to alter your registered mobile number or email ID, you need to visit UIDAI’s SSUP (Self Service Update Portal) and enter your UID number to log in to your account. From there, you can change your contact details in the Aadhaar database. 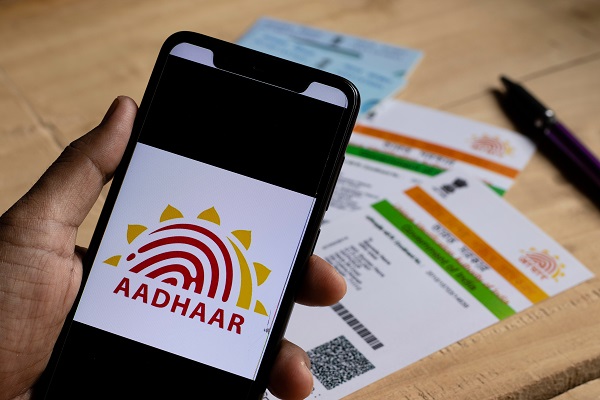 How To Link PAN With Aadhaar Card Online And Via SMS 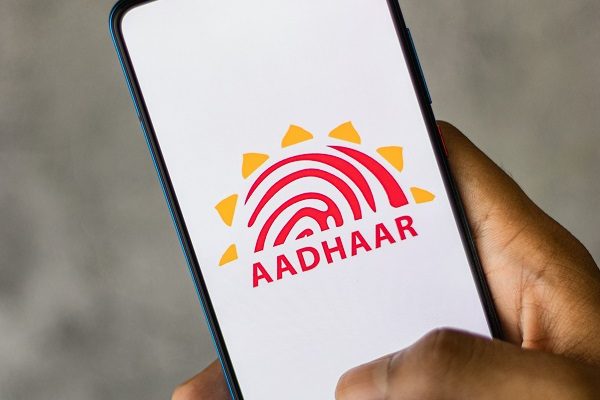 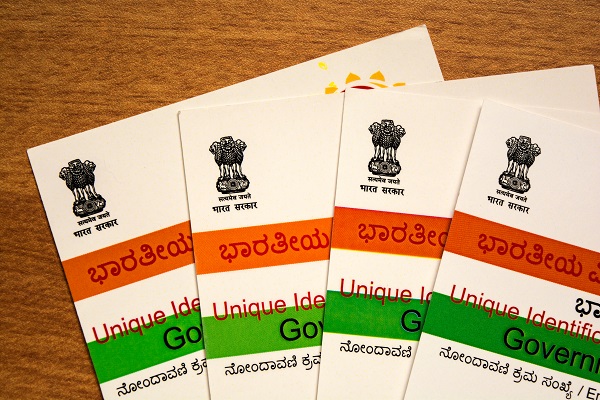 5 Common Problems With Aadhaar And Steps To Solve Them 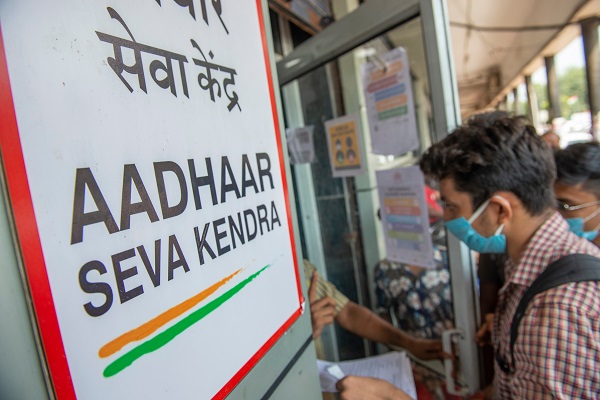